How to Give Yourself Heimlich Maneuver | First Aid Training

My sister’s boyfriend recommended I read Unbroken by Laura Hillenbrand, the New York Times best selling biography of the 1936 US Olympic runner Louis Zamperini.  I read it in only two days because it read like a novel, and I couldn’t put it down.

Zamperini was a juvenile delinquent probably headed for jail until his brother inspired him to take up track.  He subsequently achieved high school and then collegiate records in track that were not broken for years.

When World War II broke out, he enlisted in the Army Air Corps as a navigator and was sent in a B24 on a rescue mission when his plane crashed in the Pacific Ocean.  He and two others were the only survivors on a raft in the middle of the Pacific with just 6 chocolate bars and 6 pints of water.  They fought off sharks and storms and even a half hour machine gun attack by a Japanese plane for 47 days before finally spotting an island.  But the island was held by Japanese troops, who had recently murdered 80 POWs.  He and the pilot (the third man died in the raft) became POWs and were brutally starved and tortured for over two years until the war ended.

It’s a remarkable story that I highly recommend.  Louis is still alive at the age of 95.  He has carried the Olympic torch more times than anyone else in history.  He gave a wonderful long interview at his alma mater USC.  He gave up skateboarding in his 80s and skiing in his 90s.  He is an inspiration to me and probably will be to you.

About Our Blog’s Followers: Krystle 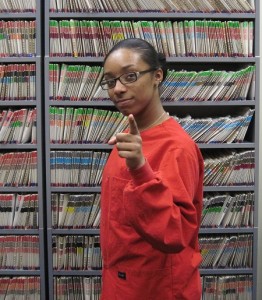 Favorite thing about the blog: “I enjoy the blog because every day is like Forest Gump opening a box of chocolates – you never know what you’re going to find.”

What a lot of people don’t know about me: I was the head cheerleader for Delcastle High School

Our 11-year-old patient Matthew Bressi built an amazing Lego structure in the child area of our waiting room. He calls it “Tower Heights.” Great job Matthew! Who knows? In a few years, Matthew may be a famous architect or builder. 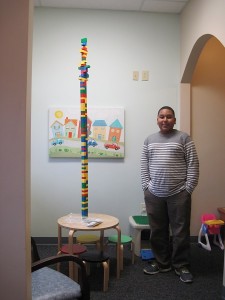 Antibacterial Soaps May Be Ineffective and Possibly Harmful

The FDA is questioning the safety and efficacy if antibacterial soaps. The ingredient triclosan may not be effective in reducing the spread of germs and may actually encourage the growth of resistant organisms. To stop the spread of germs, nothing has ever been shown to be safer or more effective than plain soap and water. You can read the story here.

“We believe that the case is closed — supplementing the diet of well-nourished adults with (most) mineral or vitamin supplements has no clear benefit and might even be harmful,” concluded the authors of the editorial summarizing the new research papers, published Dec. 16 in the Annals of Internal Medicine. “These vitamins should not be used for chronic disease prevention. Enough is enough.”

One of our favorite patients at Wahl Family Dentistry is Kristen Manski, who is also a student at Eastern University. Kristen shared her knowledge from chemistry class, where she learned that sodas (both diet and regular) have strong acids in them that can eat away tooth enamel.

Here Kristen posed for some pictures with our hygienist Sue and with Dr. Mike. She was kind enough to bring some sweets for us — thanks Kristen. Don’t tell our other patients about the sweets! Lol. 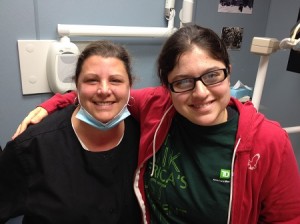 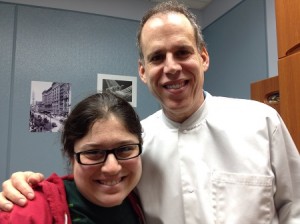 Dr. Mike was invited again this year to speak to Ms. Dean’s “Lunch Bunch,” a group of 5th grade boys who meet weekly with a professional who talks about his profession. The boys enjoyed hearing about dental health and dentistry, Dr. Mike’s passion. Many of the boys want to be professional football or basketball players. Dr. Mike explained that if they should do well in school as 99% of professional athletes go to college. And a backup plan never hurts either. 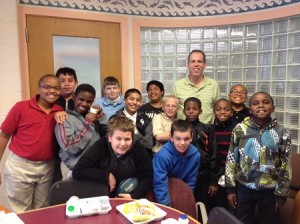